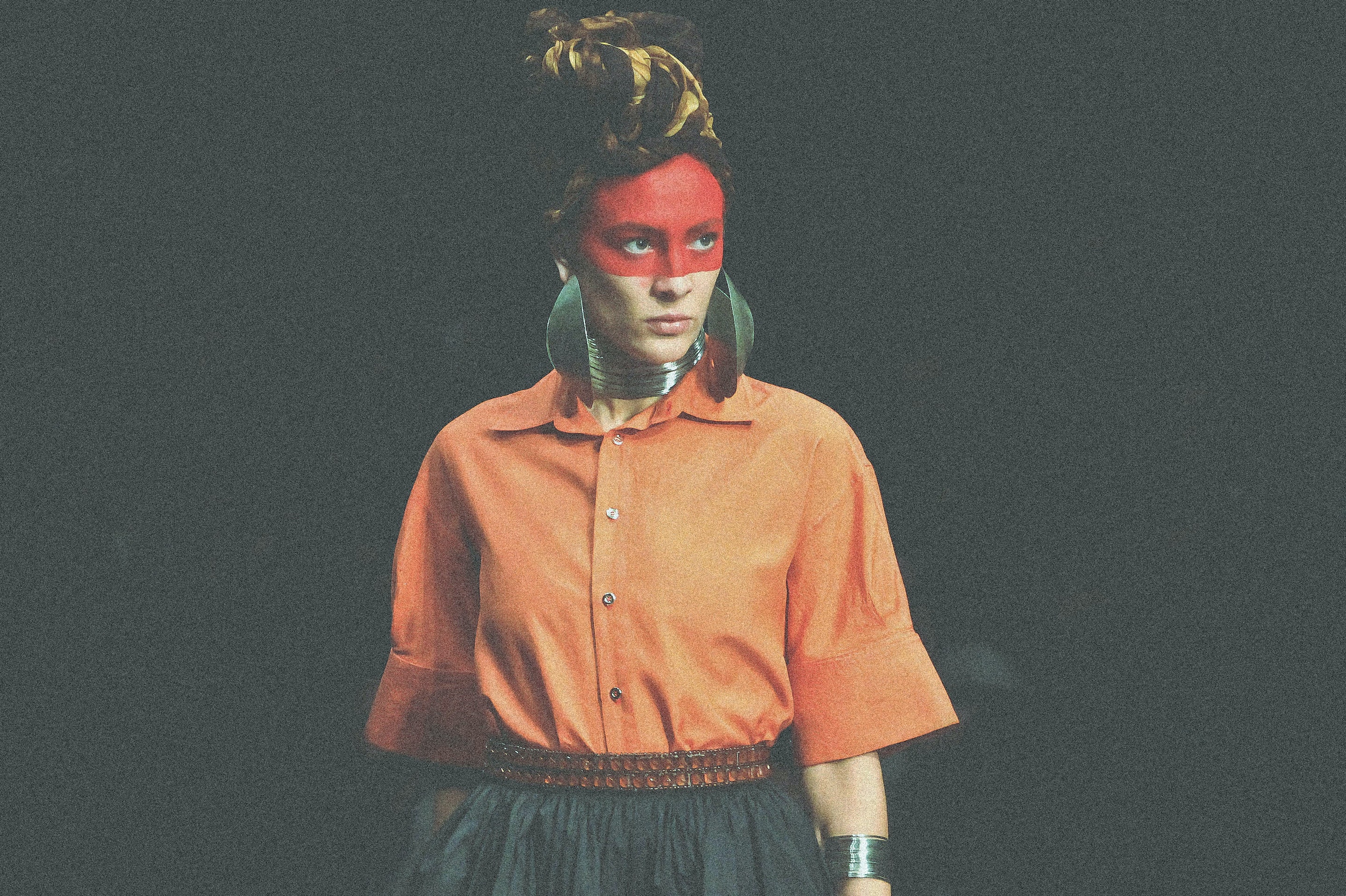 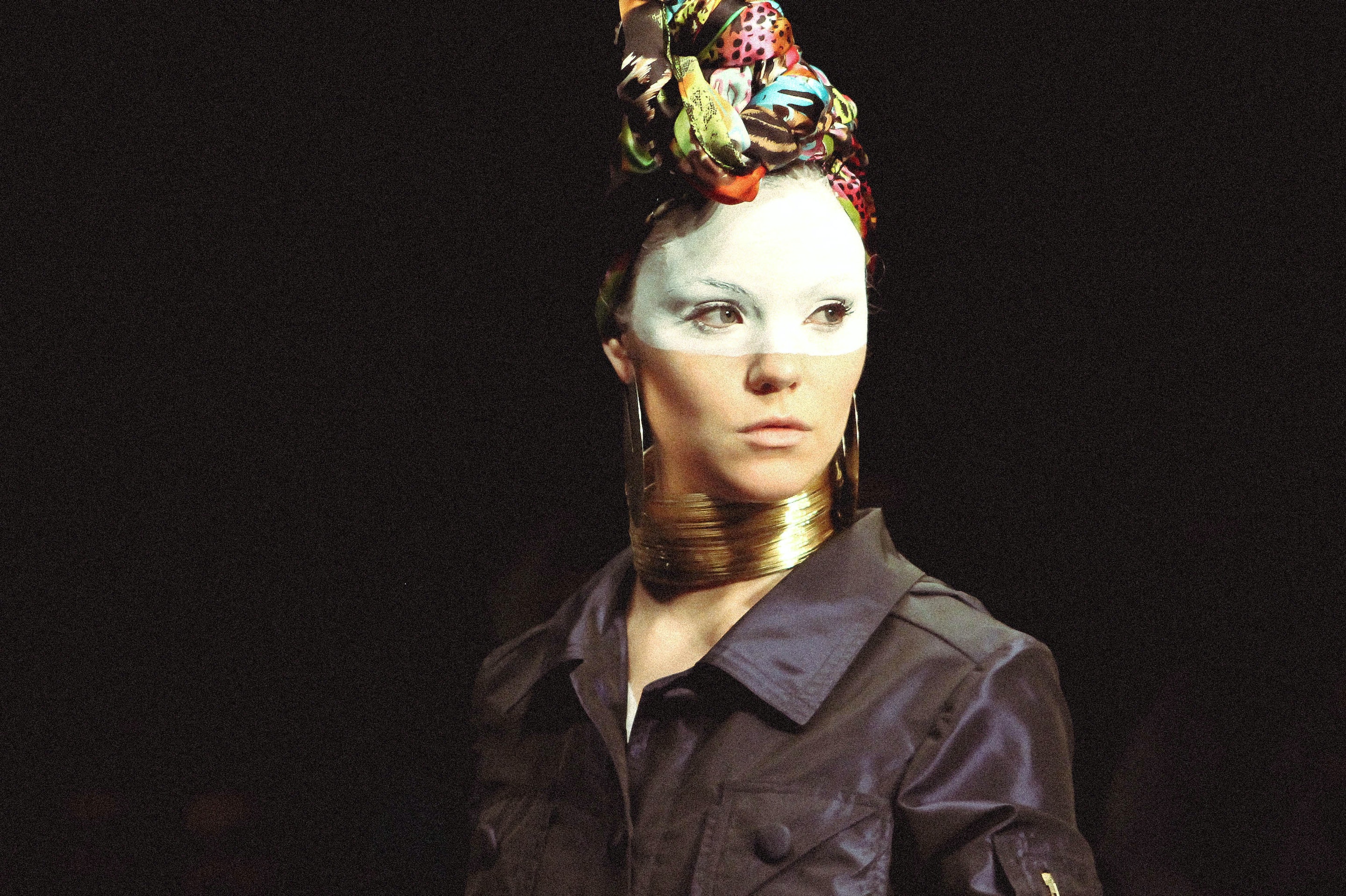 Inspired by the change of silhouettes from the beginning of the 20th century until the 20s. Inspired by Middle Eastern costumes; the makeup was inspired by the concept of tribes, geometric figures and the Maori tattoo.