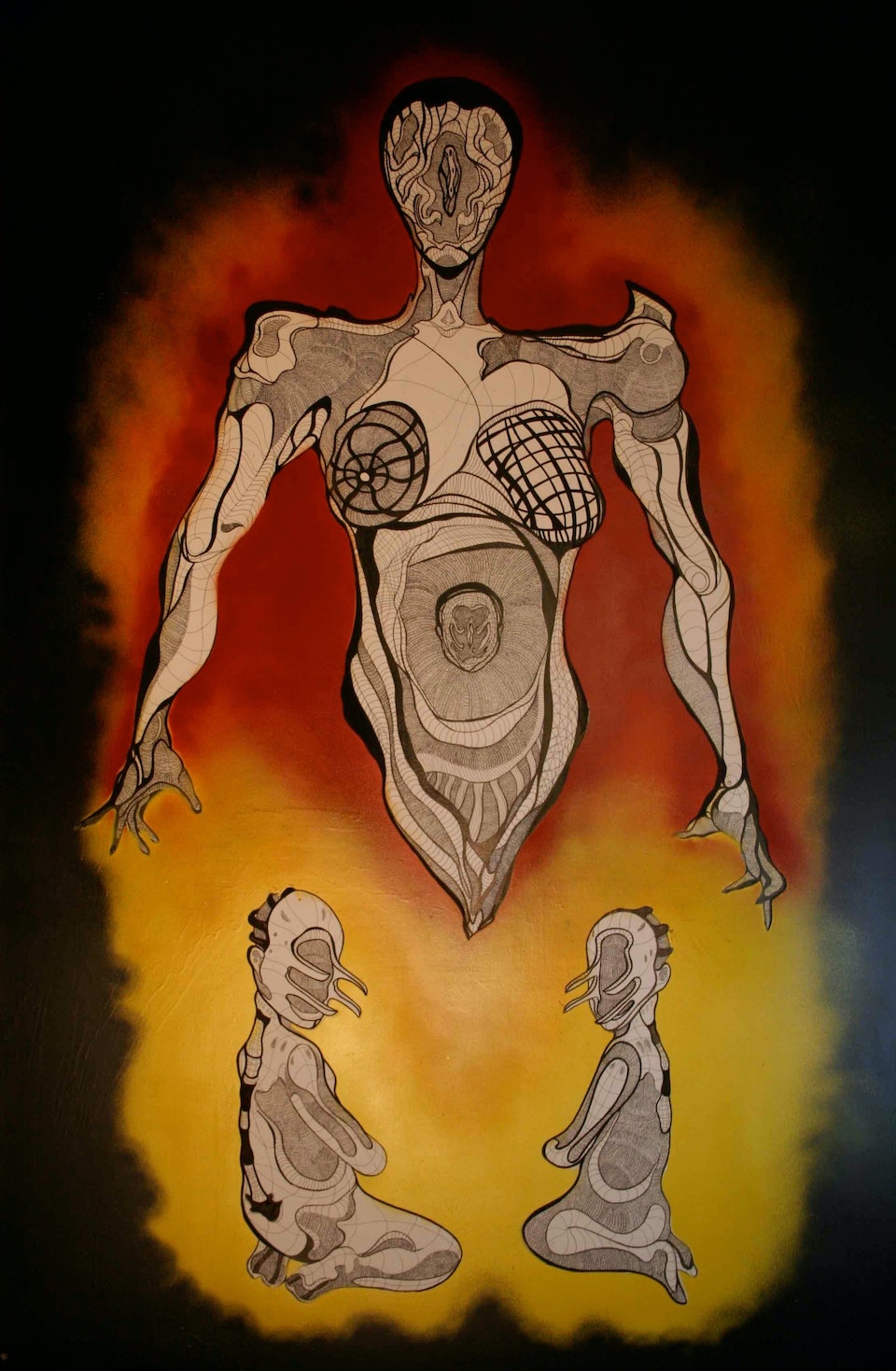 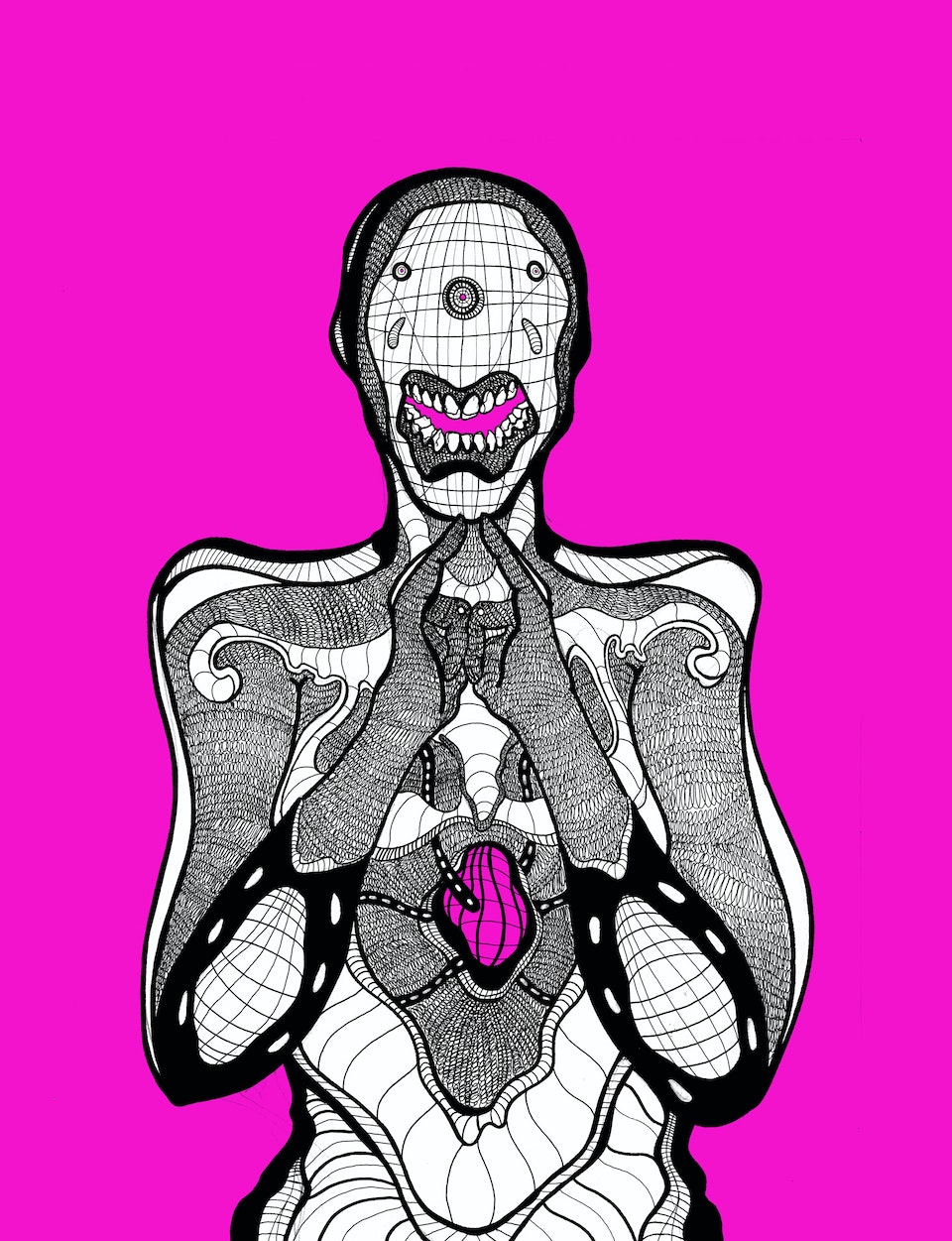 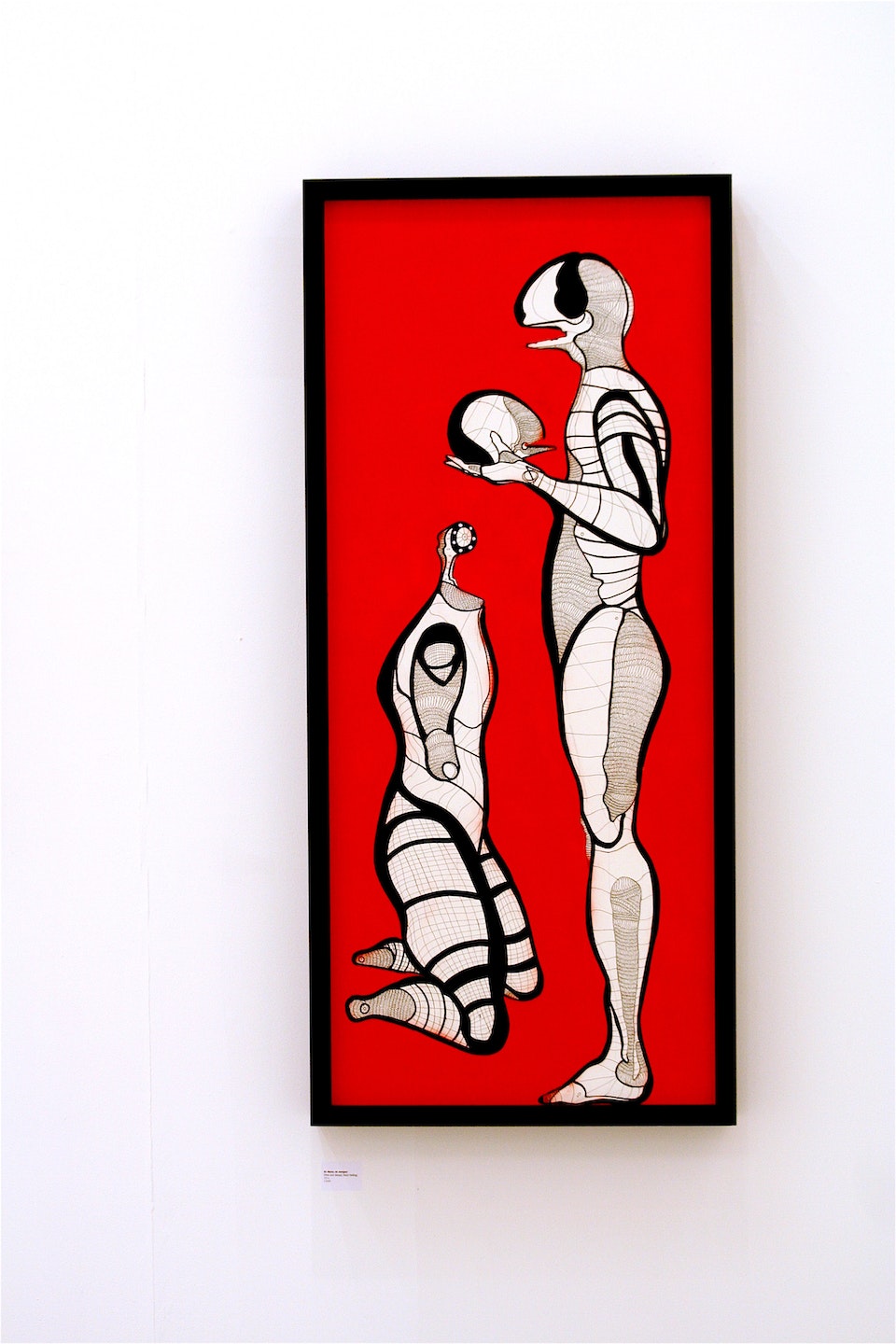 "The essence of the cyborg became my own. The cyborg image has been an integral part of my childhood. The cold war had just ended – the cultural landscape of the 80's, was very much rooted in the future, the inherent feeling of that time was dystopia from the cartoons/films, I watched as a kid, the advent of console gaming: Nintendo, etc. The image of man was always his metamorphism into the machine, or the machines taking over. I identified with the cyborg image, I wanted to be one. I identified with the concept of such a being and it has informed my work to date.

The cyborg is not just a representation anymore – it has an ontology. It is real. Our ever-evolving technology has brought us into a post-human state. I want to create an ongoing narrative like the frescoes of the Renaissance, a period that celebrated the divine. I see my work as the neo-renaissance. My visual vocabulary is a warning for the flesh.

They are infantile and simplistic in their appearance but not in their construction, being drawn in one continuous line. My visual discourse is motivated by transcribing the sociological constructions of our age, the evolution of the flesh its reflection of the coming state of mankind, flesh anxiety, the departure into a new being."