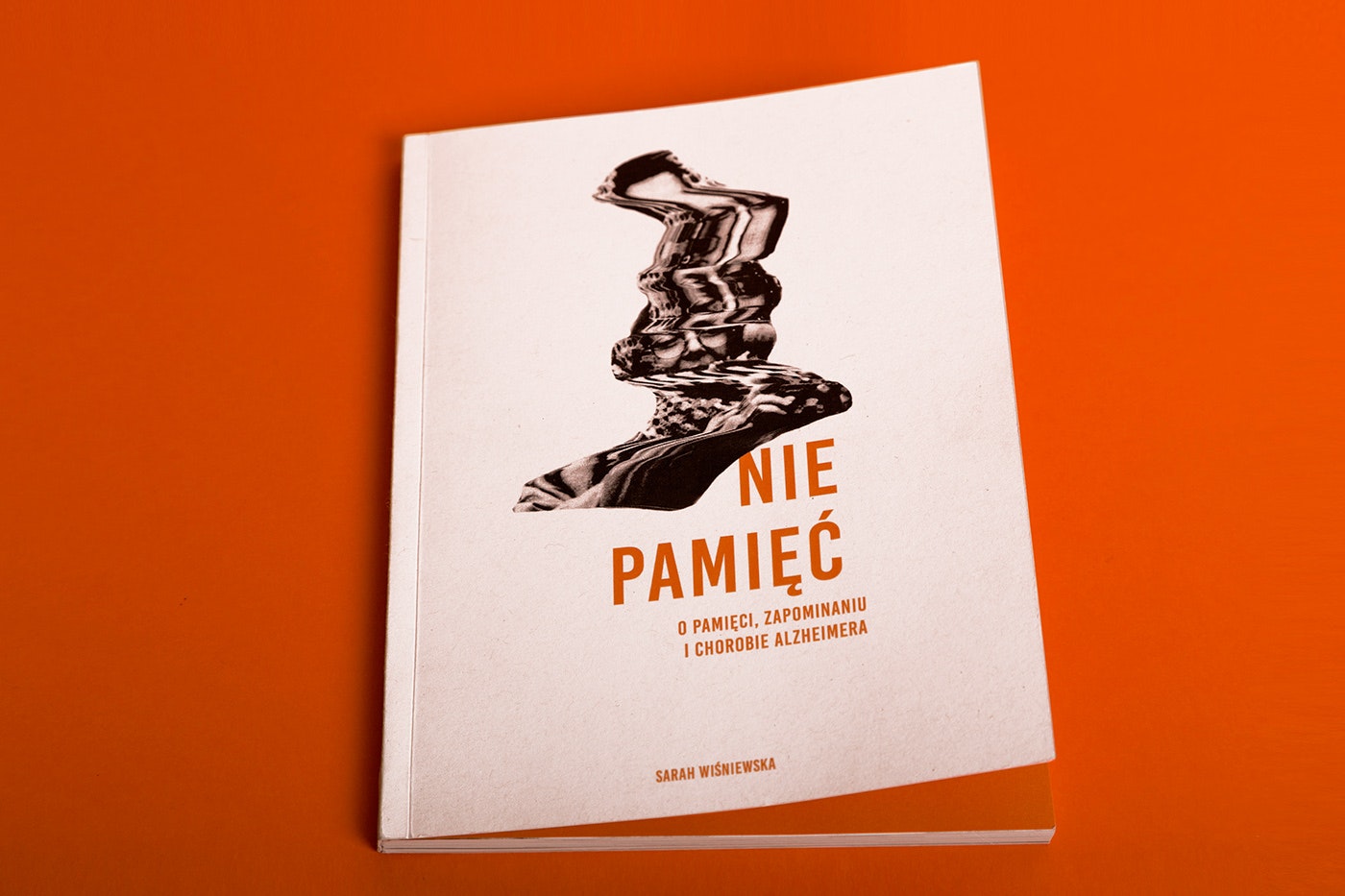 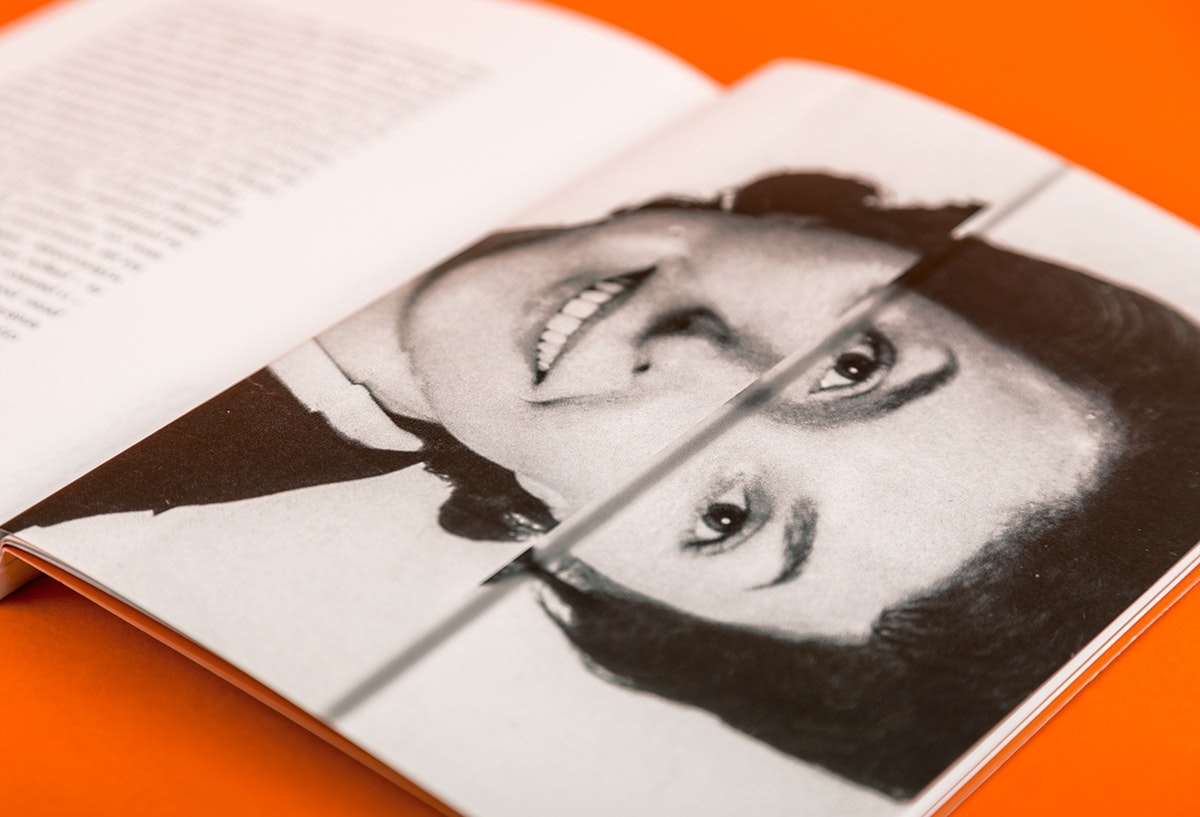 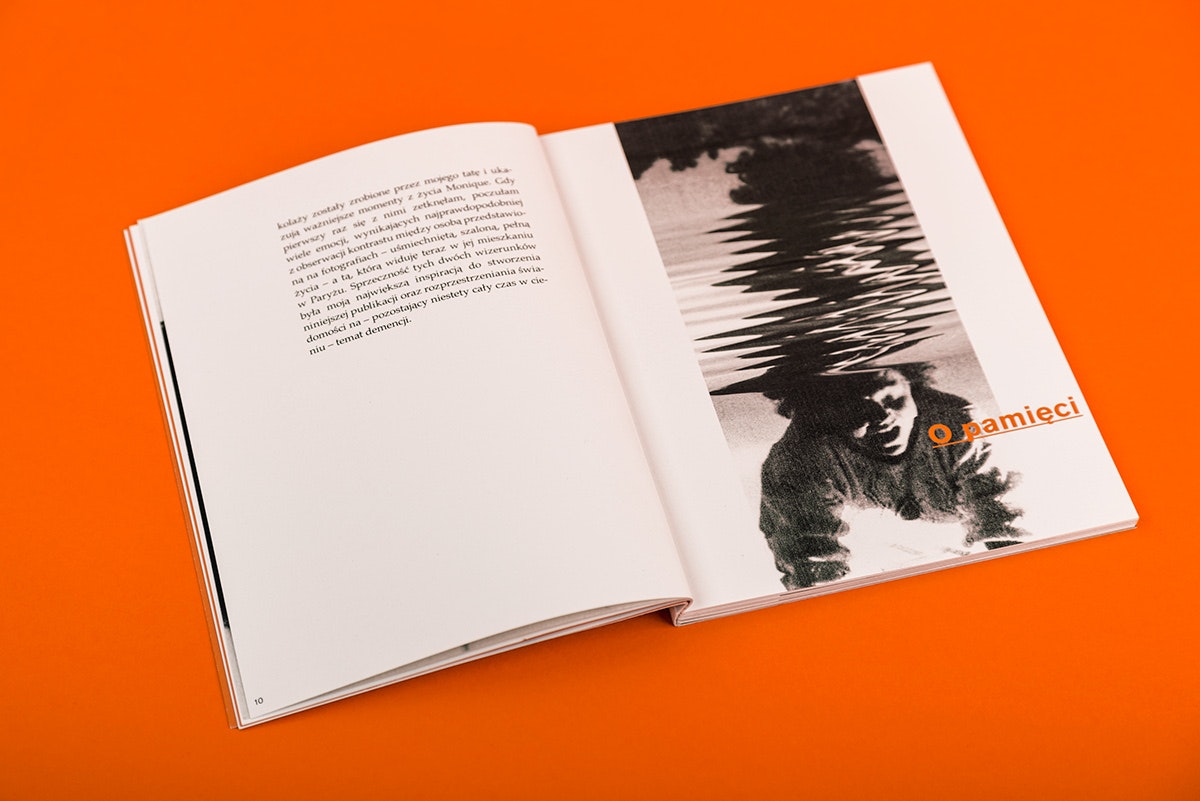 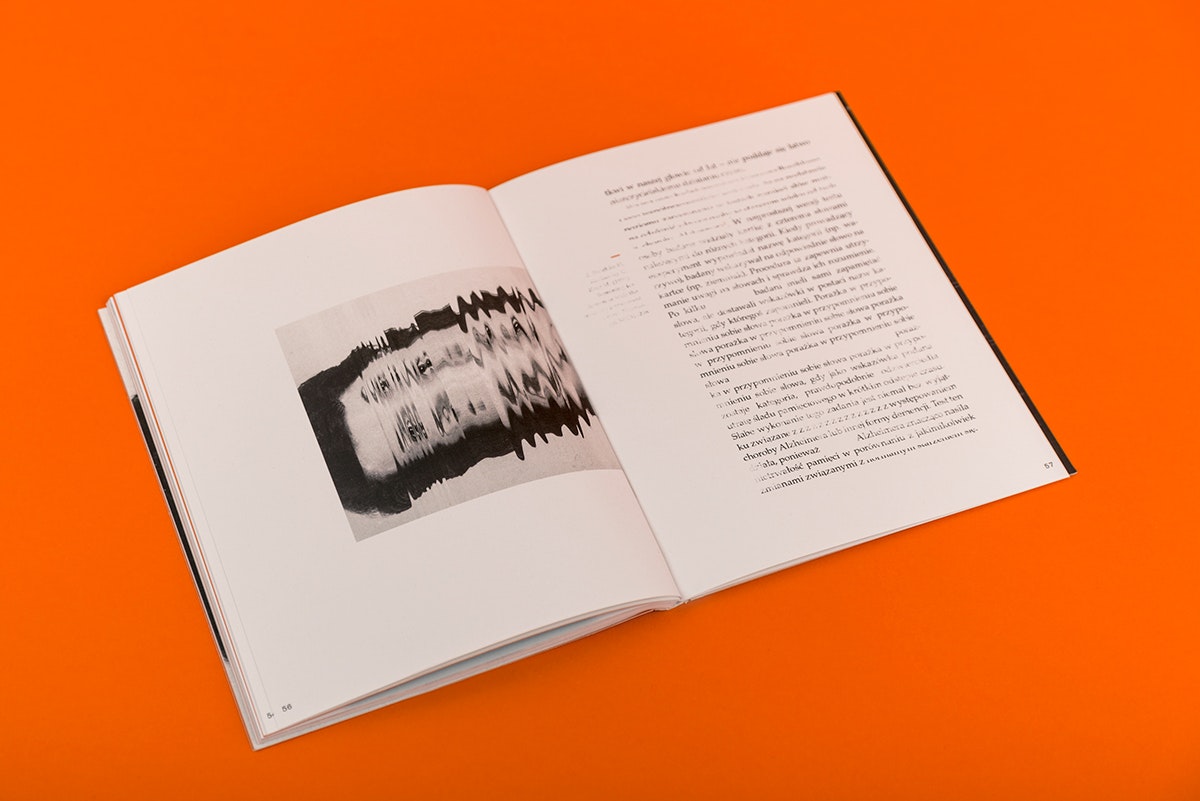 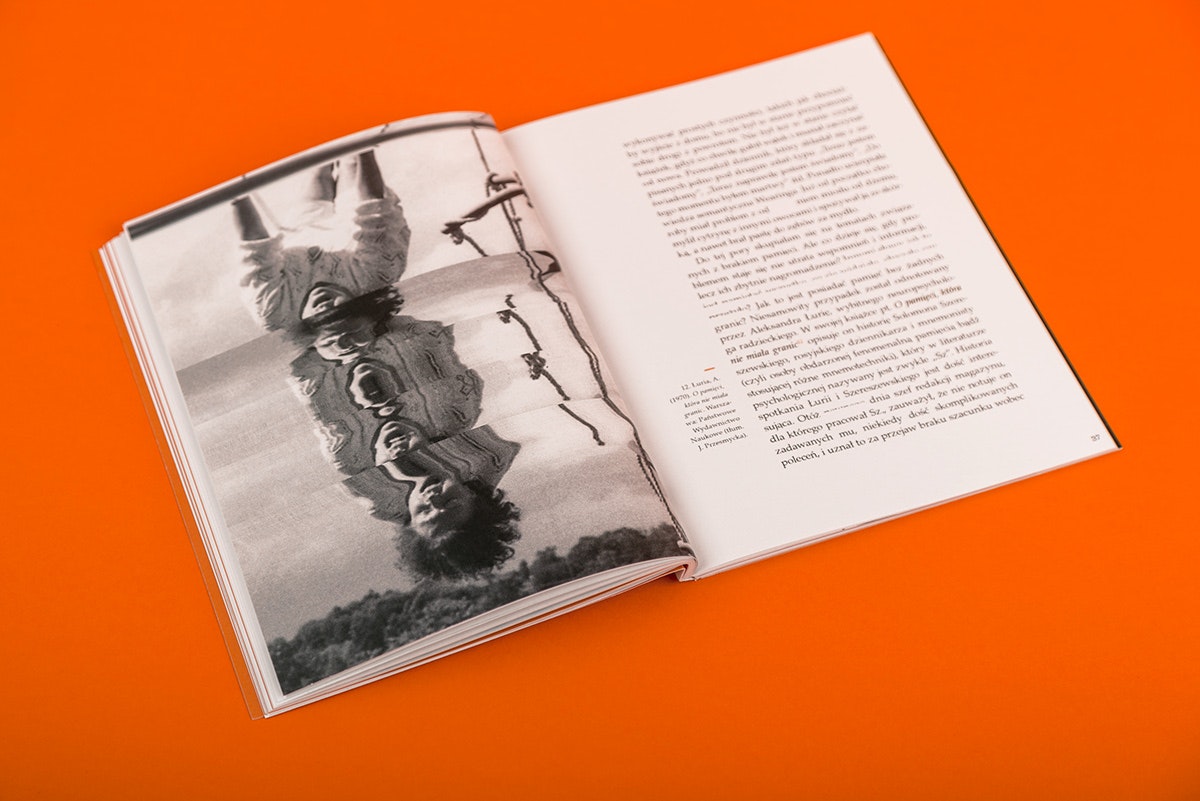 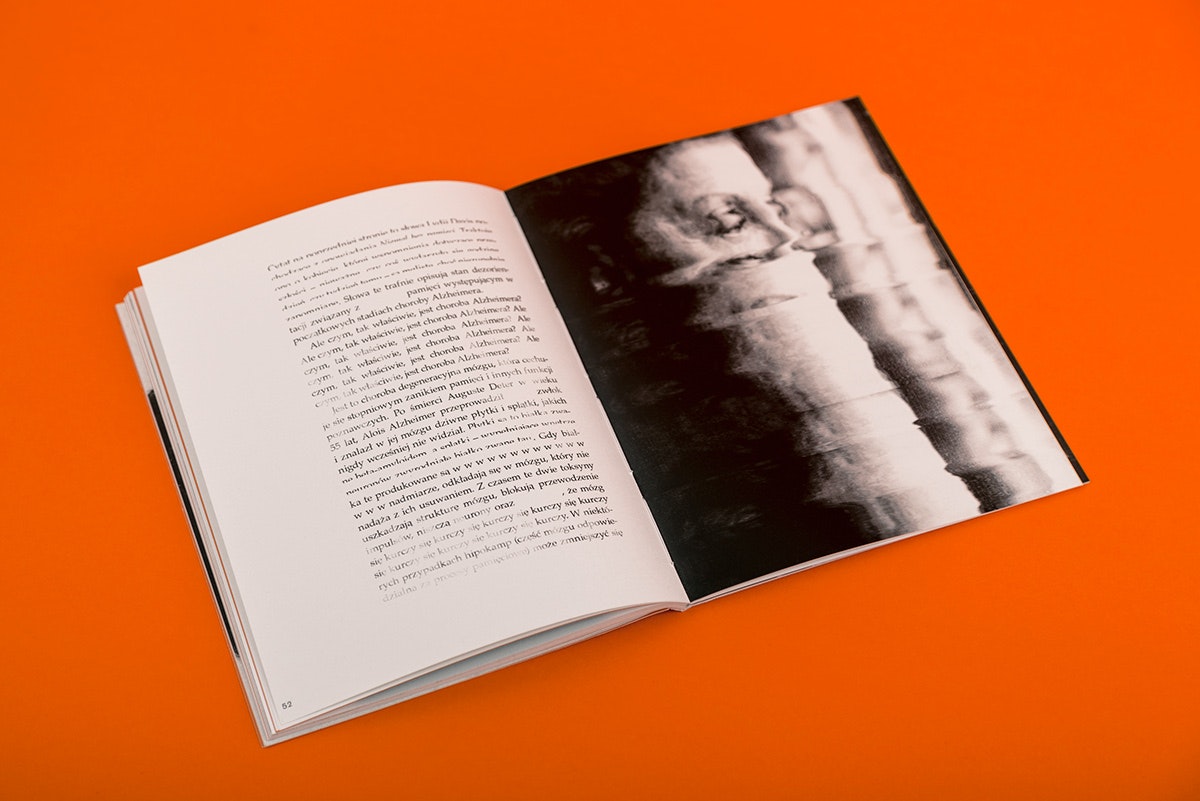 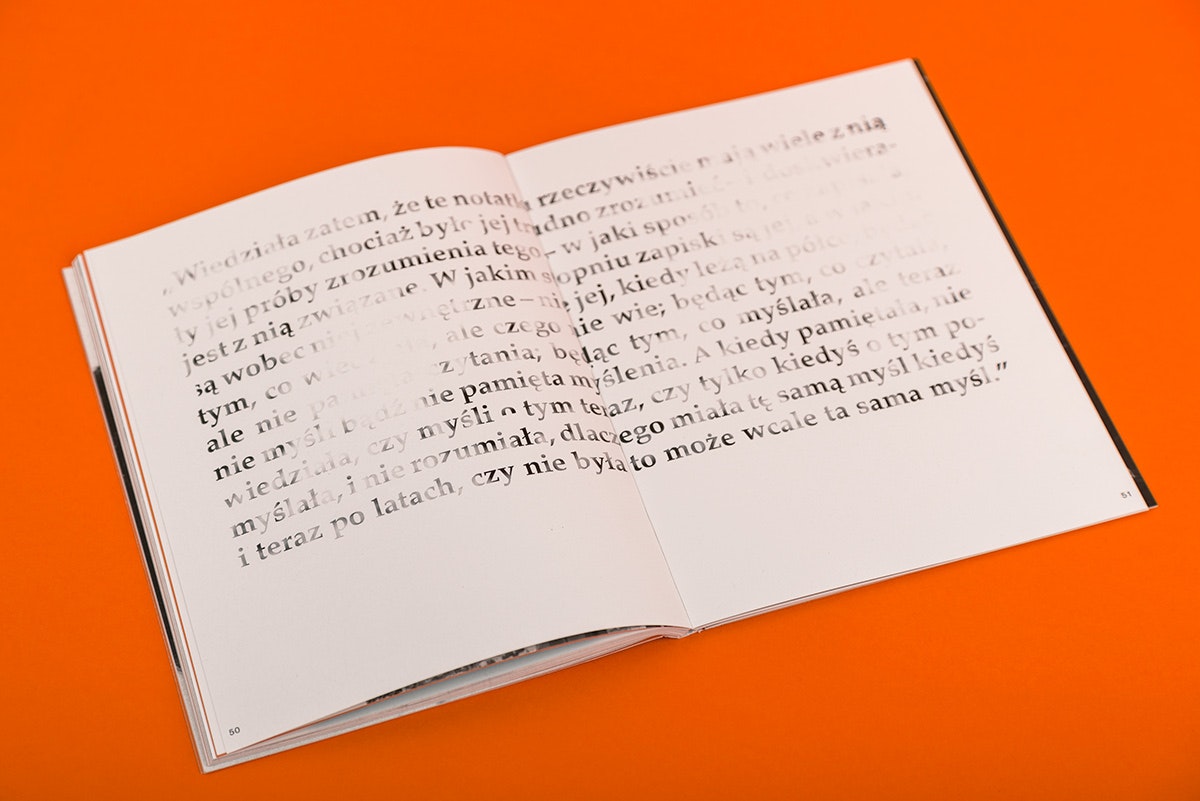 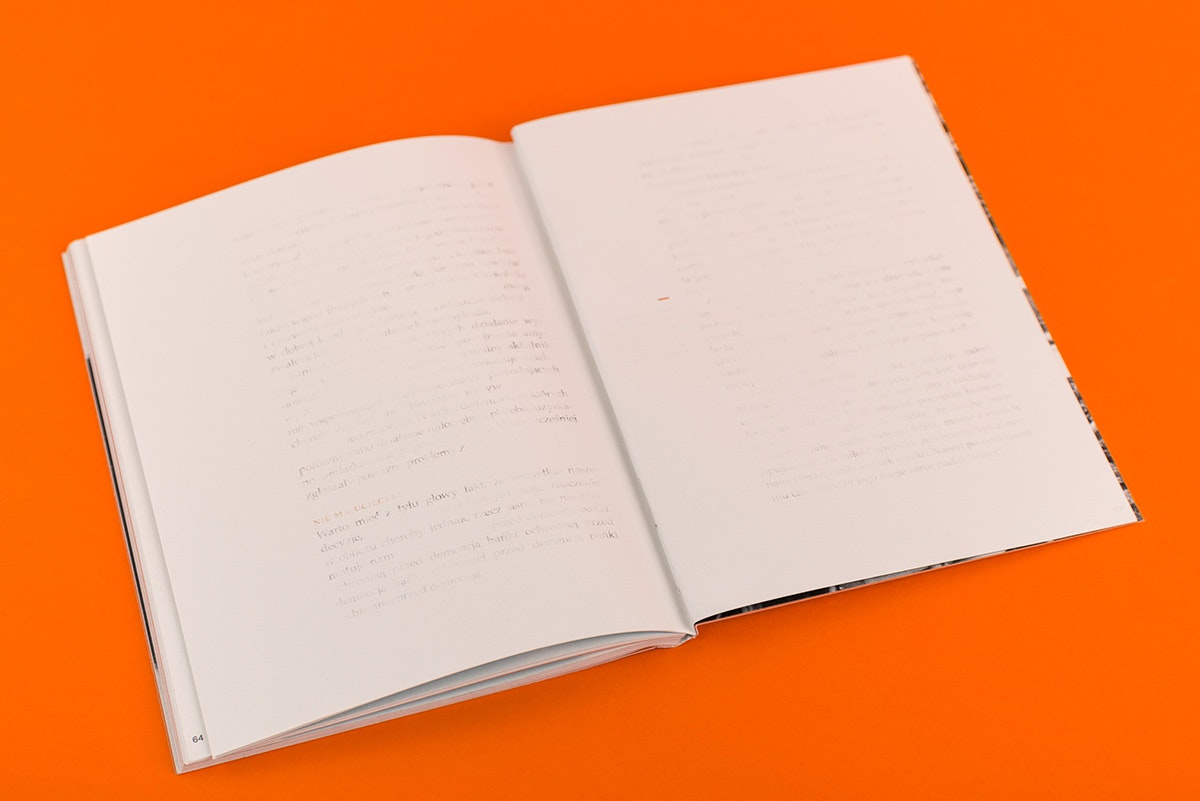 "The book titled Dissolving Memory is an attempt to understand the experiences of a person suffering from Alzheimer’s disease and to raise awareness of the issue. The reader experiences disorientation, confusion and impatience, as words on subsequent pages get deformed, some sentences disappear, repetitions appear or the text becomes barely visible.

The book consists of two "layers". The first one is a self-written text about psychological aspects of memory and Alzheimer's disease; and the second – graphic and typographic effects overlaying the text. These include distorting, repeating, blurring and erasing elements such as signs, letters, words and sentences.

The publication consists of three chapters: About memory; About forgetting; About Alzheimer's disease which are to represent three main stages of Alzheimer’s. What's more, by working manually and using simply a home scanner, Sarah Wisniewska created a series of disturbing collages which are made out of old photos of a person close to the author who has developed Alzheimer's disease."