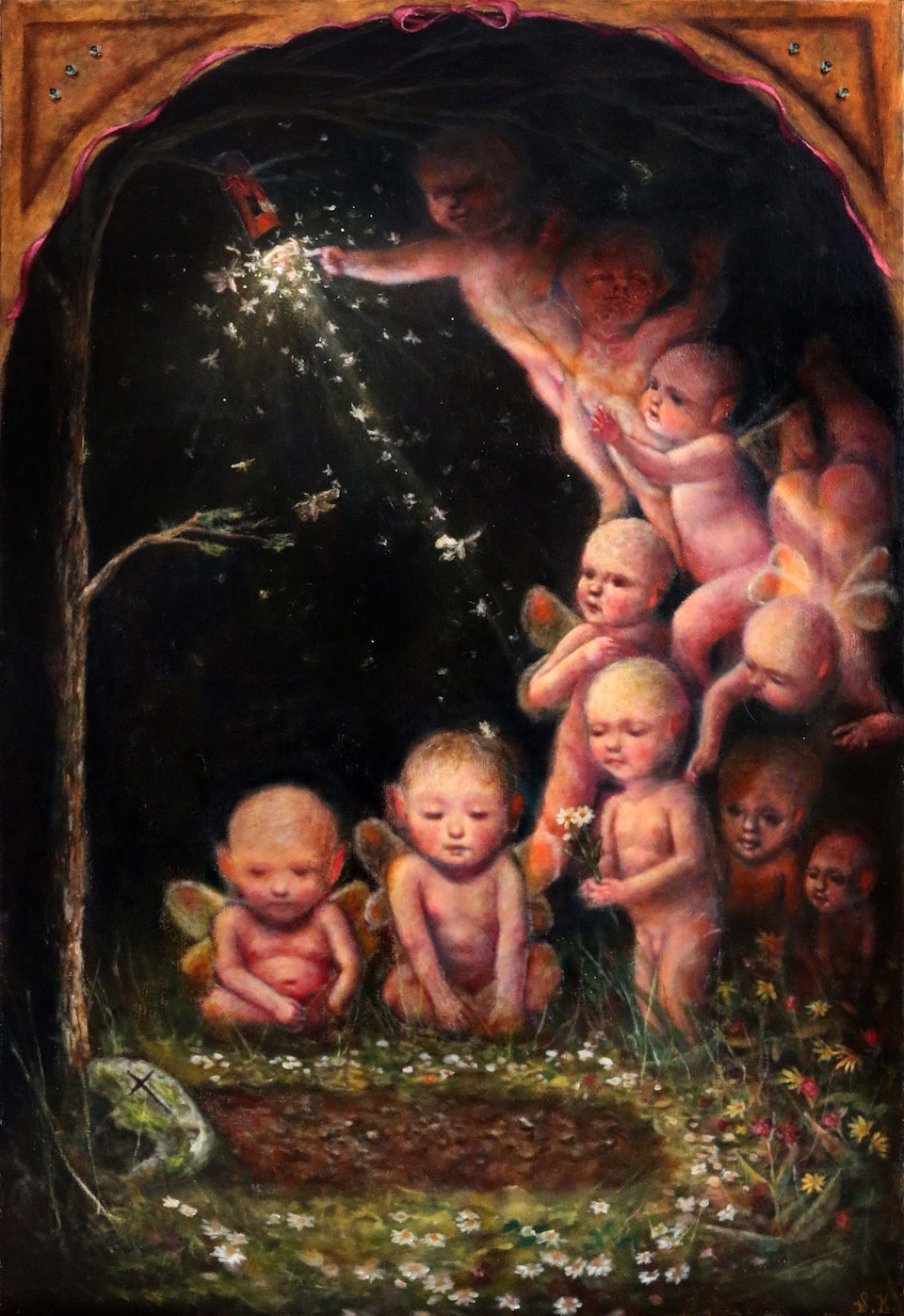 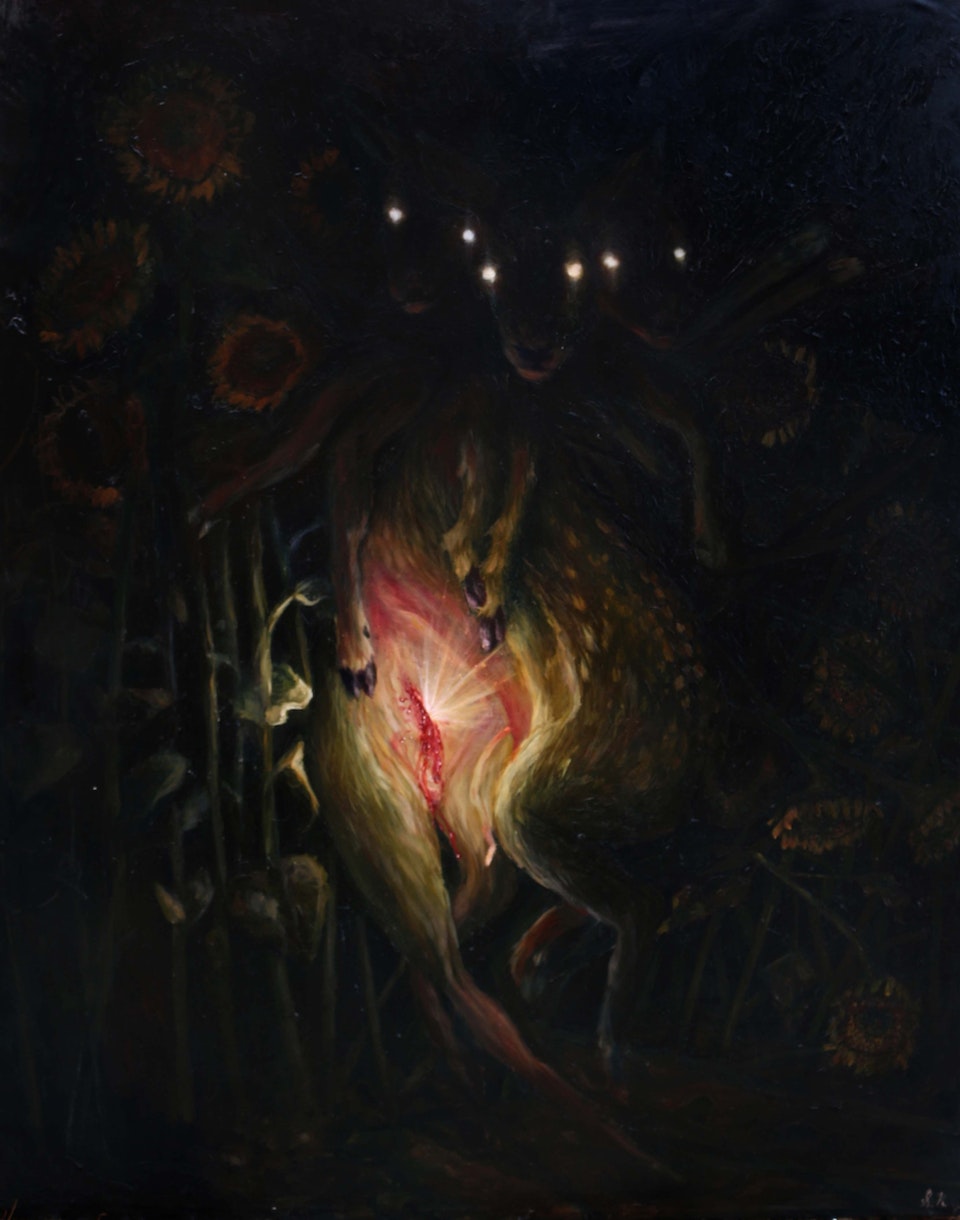 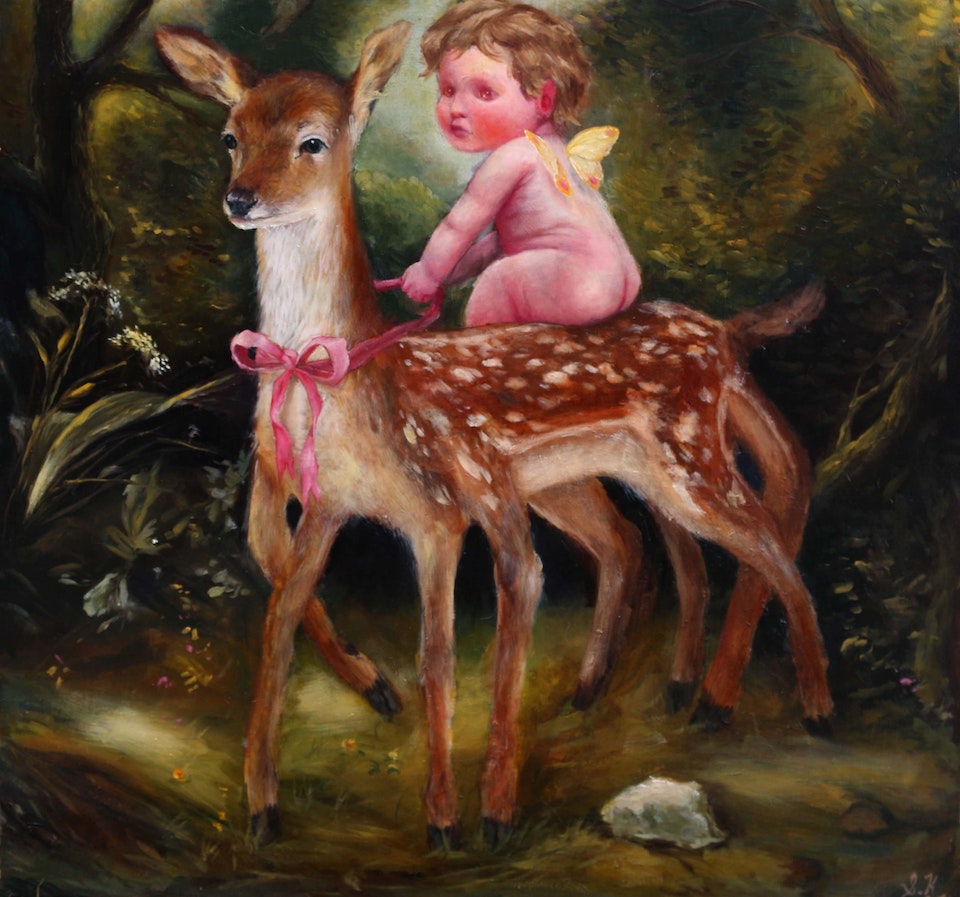 "My name is Adam Kerosene, I don’t know where I am. The last thing I remember was the impact of the water and how freezing cold it was. I heard my neck snap but it didn’t really hurt that much. Ever since then I woke up in this strange place. Im writing this from a laptop I found in the house, I think the wifi connection and electricity might be coming from some sort of generator in the forest? I am painting the things I see while I try to find a way to get out of here."

Funeral for Decapitated Cherub
"We dragged the body to a peaceful corner of the meadow. The Cherubs surrounded the grave full of morbid curiosity. Some looked as if they were mourning and, for the first time, I think they fully grasped the concept of death. Although, there were others that were blissfully distracted by the flying moths lured by the flashlight above. I carved a small cross on the stone to remind the Cherubs and I of their lost friend."

Sunflower Patch Creature
"As I suspected, there actually was a creature living inside of the sunflower patch! It looked like another mutated deer but this one definitely had three heads connected to one body. It was standing like a human on its hind legs. Halfway down the torso, it separates into two which gives it four legs I think? It also had so many arms jutting out of its chest and back it looked horrifying. It was eerily swaying in and out of the sunflower patch, it probably was intoxicated by the poison the flowers expel. But the most crazy part was that it had a large gash on one of its’ stomachs that was pouring out a bright, iridescent light."

Cherub and Fawn
"Finally finished this painting ! I still see this 8 legged fawn playing in the meadow sometimes, always accompanied by its Cherub friends."