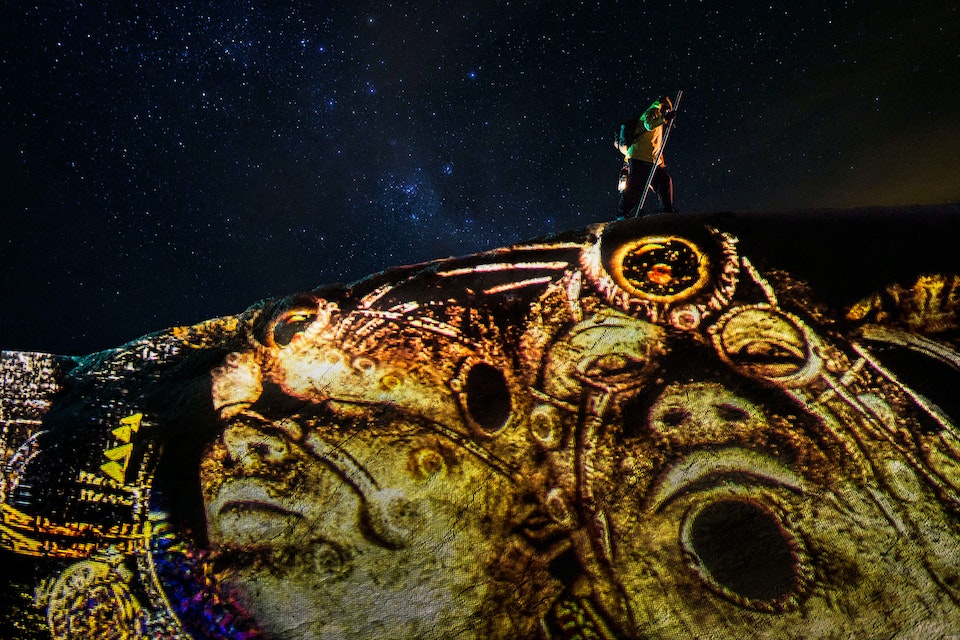 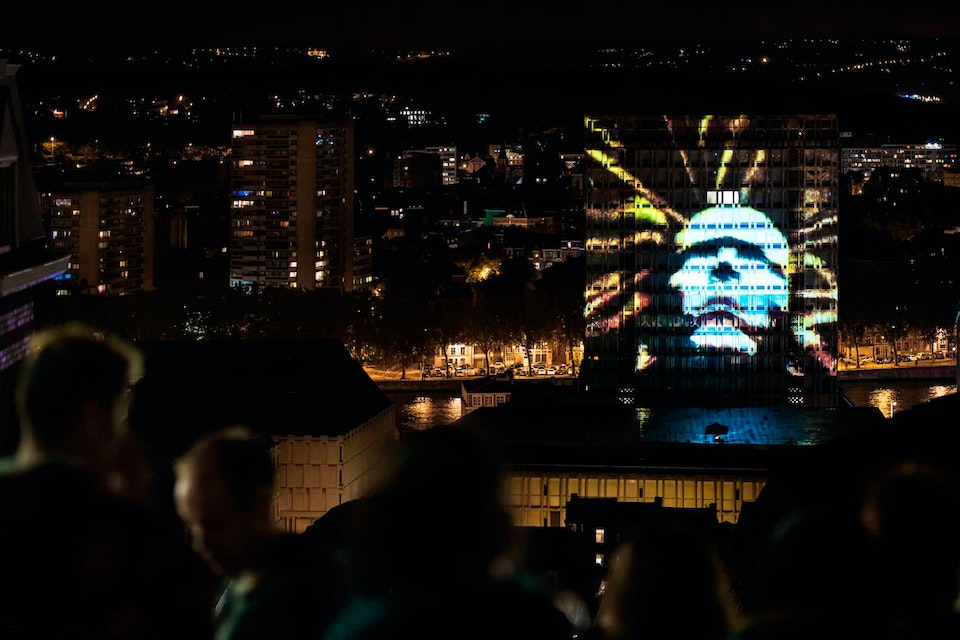 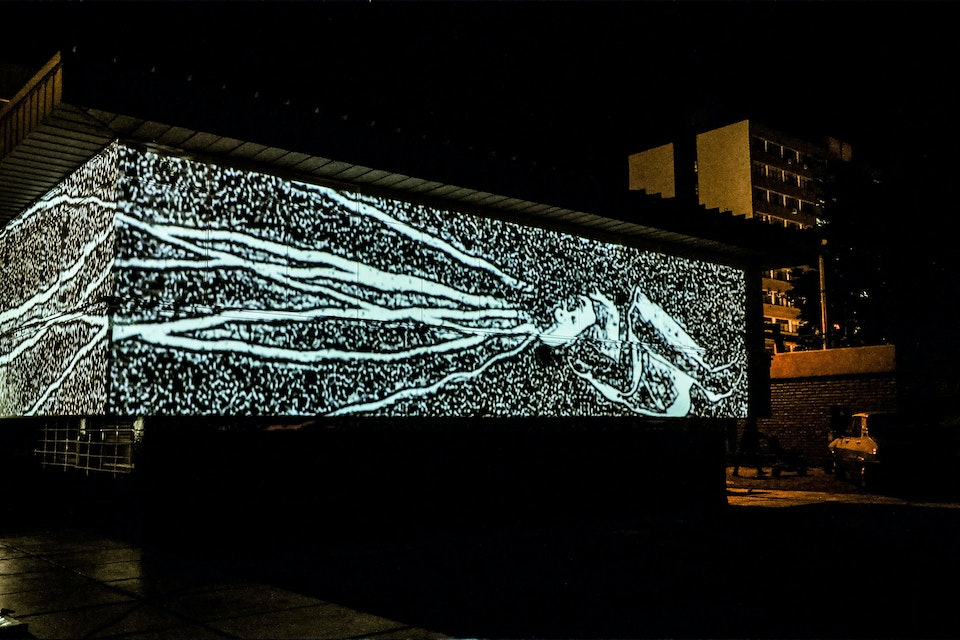 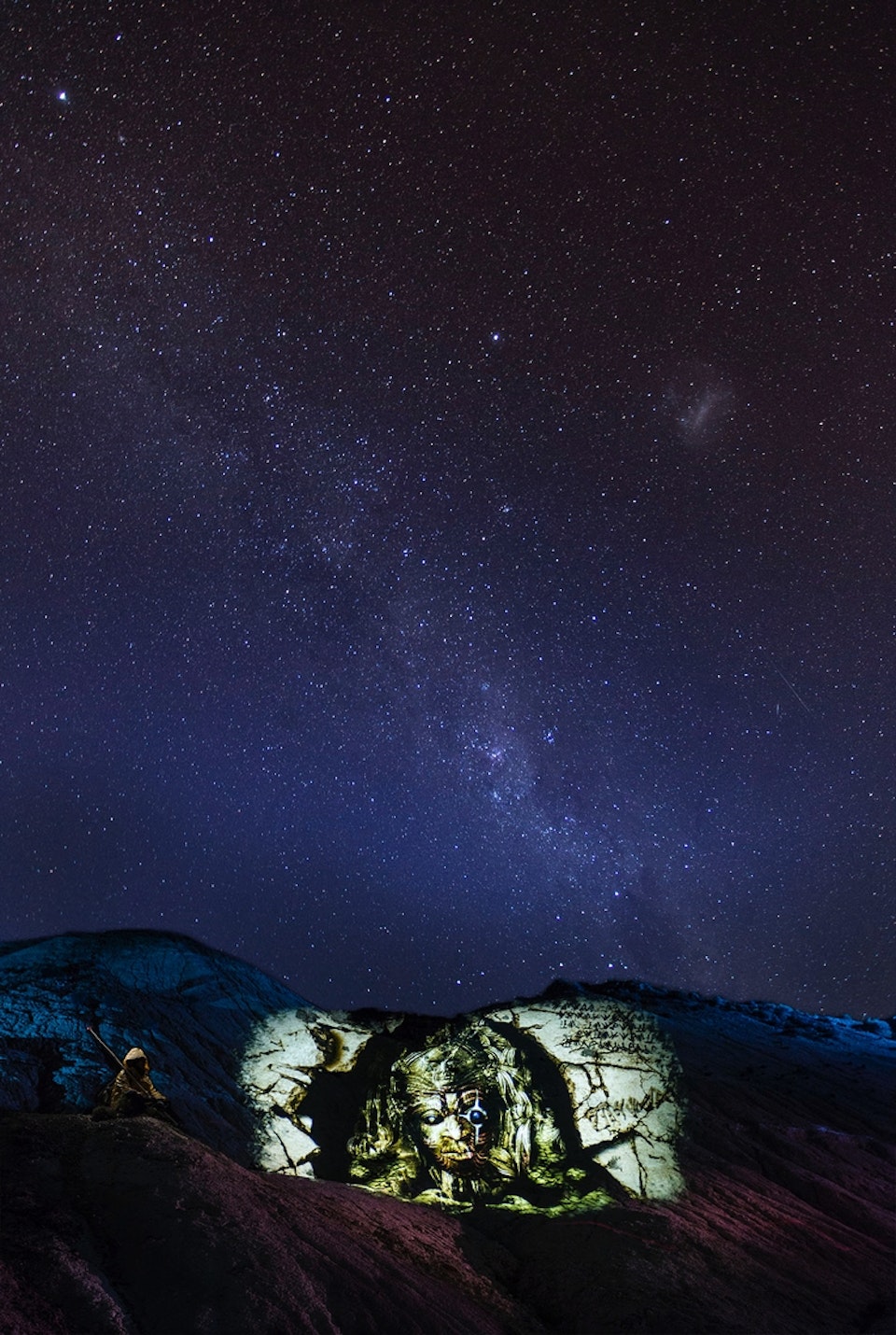 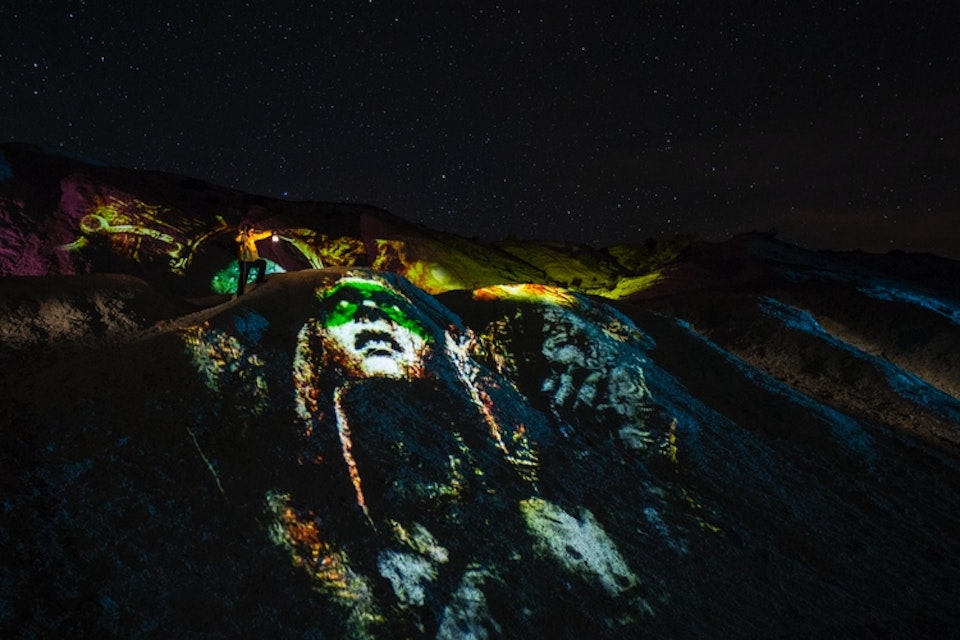 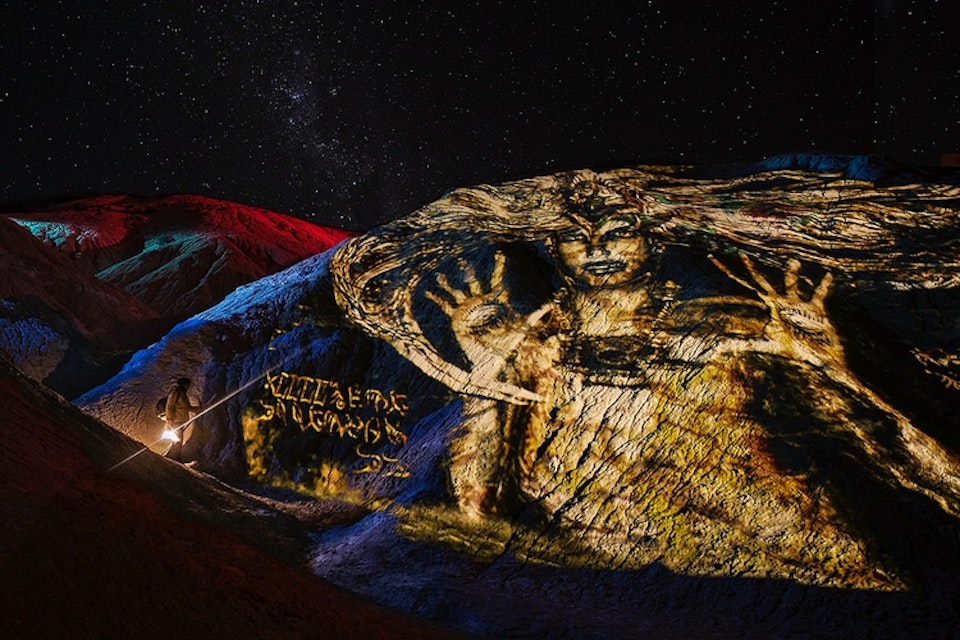 An explorer discovers the remains of a city that was believed lost centuries ago somewhere in the Deep Patagonia, the so-called City of the Caesars. A light intervention where different techniques such as mapping and light paint converge and serve as a trigger to tell an ancient legend of a lost city: The City of Cesares. The record of this realization is through a photographic exhibition being this the Final Work.

Román Gomes has been developing in the Digital Arts universe both in video installation, video art or mapping taking Animation as the main narrative tool. These narrations are presented to the viewer in large-scale formats, and through an installation or multimedia piece.

His works have been exhibited at the ZKM / Center of Art and Media in Germany, at the One Minute Video Mapping in Japan, at the Bam International Digital Art Festival in Belgium, or at the International Film Festival: B.A.R.S. of Argentina among many others.